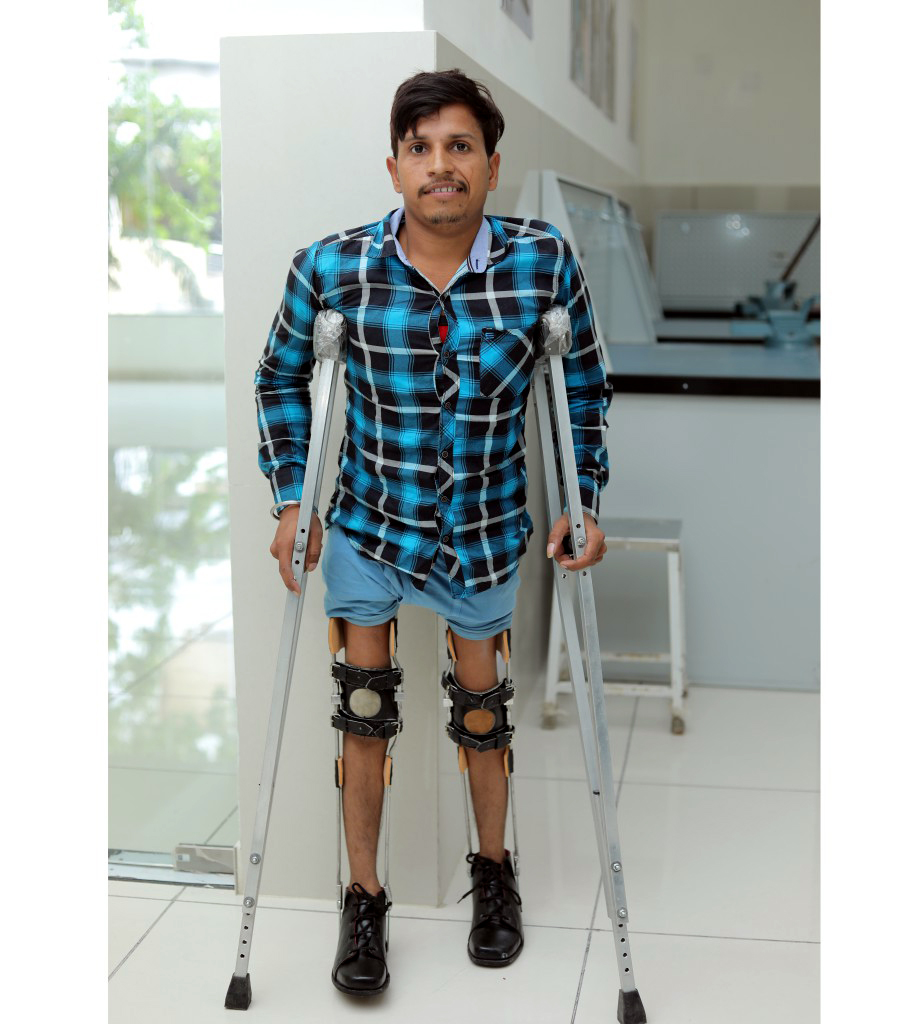 At the age of 8, deadly polio stopped a person from walking forever, the weakness in the waist and knees broke the limbs and support of walking.

At the age of 8, deadly polio stopped a person from walking forever, the weakness in the waist and knees broke the limbs and support of walking. This story is of Satyendra Kumar, son of Shri Ram Nareshji, resident of village Kheri in LakhimpurKheri district of Uttar Pradesh. Ram Naresh and mother Nirmala Devi were working as laborers to feed three sons and four daughters, that the family was broken due to this condition of the son. Eight-ten years were spent in grief of disability and in search of treatment, but there was no satisfactory answer for help from anywhere. Due to the deteriorating financial condition of the family, it was not even possible to get treatment in a private hospital. Then someone informed about NarayanSevaSansthan located in Udaipur district of Rajasthan that there is free operationfor the differently-abled. Then one day they also saw the program on TV, then in 2012 contacted and came to the Sansthan. After coming here, he was examined and the doctors told to return after two years. Then came to the Sansthan in June 2014 and both the legs of Satyendra were operated on alternately. Treatment went on for two years and then exercise was also done. Subsequently special calipers and shoes were designed and worn.

Parents say that our happiness knew no bounds to see Satyendra recovering and walking on his feet with the help of calipers. The lost happiness in the family has returned. After recovering, Satyendra completed the mobile repairing course in the Sansthan itself, now runs his own small shop and also helps in the maintenance of the family. As soon as everything went well, he also got married and he also has a two-year-old child. Satyendra says that free operation and treatment in the sansthan gave me a new life, the amount of thanks and gratitude I can express towards the sansthan family is less.