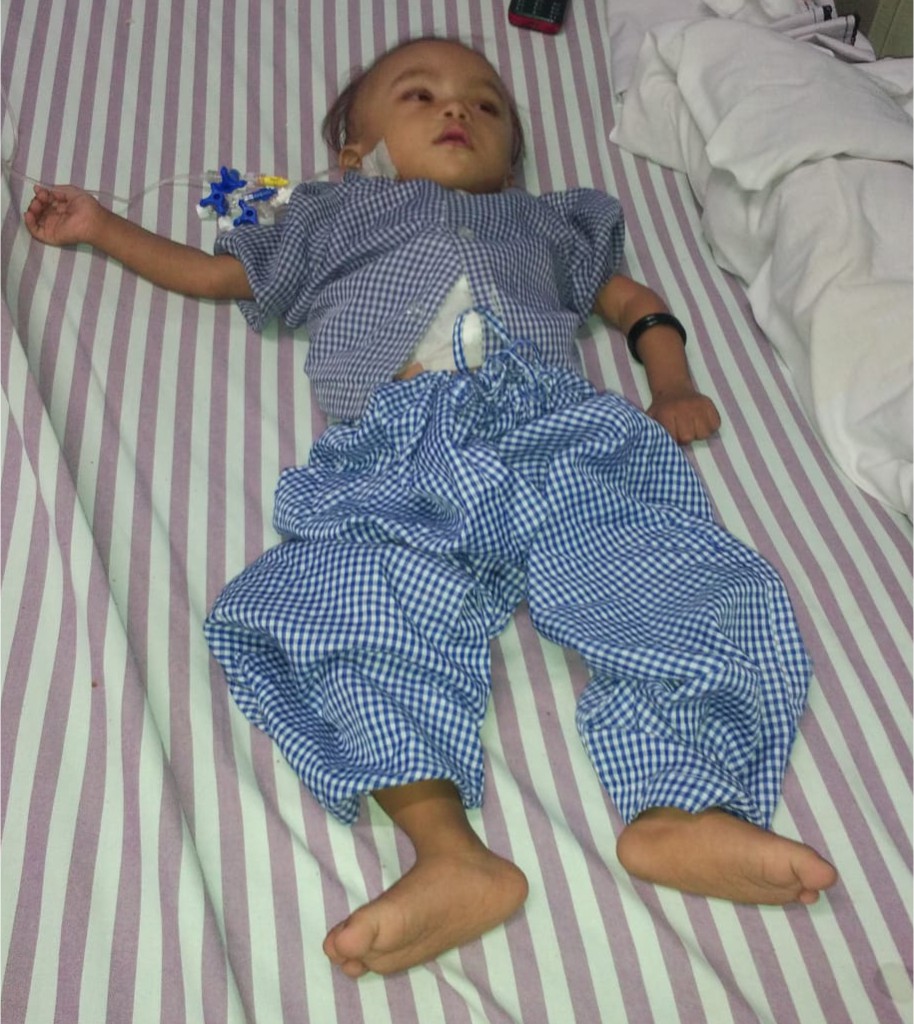 KUNAL GOT A NEW LIFE!

A son was born after three daughters in the house of Shankar Lal, a resident of the potter’s mohalla in Jaipur district. There was an atmosphere of happiness among the family and relatives.

A son was born after three daughters in the house of Shankar Lal, a resident of the potter’s mohalla in Jaipur district. There was an atmosphere of happiness among the family and relatives. The parents named the son Kunal. Everything was going well that suddenly one day Kunal’s health deteriorated. On this the parents took him to the nearest hospital but there was no improvement in the situation. He was then shown to a big hospital where after examination it was found that the son had a hole in his heart since birth. Kunal, who was suffering from this serious heart disease, had a lot of difficulty in breathing. Hearing this, there was no limit to the grief of the parents. All the family members were shocked. Doctors told that the only option for survival of 10-month-old Kunal is operation. Which will cost Rs 1,50,000. Shankar Lal, who earns only 4000 to 5000 rupees monthly by working as a painter, is hardly able to maintain the family due to poverty, in such a situation it was impossible to bear such a huge cost of the operation. He didn’t know how to get out of this situation. He worked day and night for his son’s operation.

Meanwhile, Shankar, while working as a painter, narrated his pain to the owner of the house. By the grace of God, he got information about various types of free service projects run by Narayan Seva Sansthan dedicated to human service through social media-youtube. Without wasting time Shankar contacted Prashant Agrawal, the founder of the institute, on 22 August 2022 and apprised him of his economic condition (poverty) and the pain of his son’s serious illness. Understanding the pain of the family, Kunal was successfully operated free of cost on 25 August 2022 at Narayan Multispecialty Hospital, Jaipur in collaboration with the sansthan. The entire cost of treatment was borne by the sansthan and Lakhani sir. After the operation, today Kunal is completely healthy and leading a normal life. Expressing gratitude, tears of happiness came from the eyes of the parents and they said that the sansthan has not only given a new life to our son but has removed the misery of the entire family.